We Are Open And Authorized To Accommodate Essential Service Staff

It is also the biggest of its kind in Africa and the southern hemisphere. Opening the plant, Economic Development Minister Ebrahim Patel said: “Tonight, when ordinary South Africans put on their lights, put on their stoves to cook food, or watch television, some of that electricity would have been generated today near Pofadder.” 100mw solar plant was opened yesterday in the arid Northern Cape, where the relentless sun is proving to be a valuable renewable natural resource for a deprived community. The R7.9-billion KaXu Solar One, outside Pofadder, is the first solar thermal electric plant in South Africa. 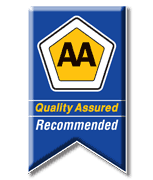